Live in concert at the new Rockin' Horse Ranch
December 1, 2007, 7:00 P.M.
181 Hart Bench
Darby, MT 59829
Join Jim and Donna Pearson for an evening of out-of-this-world music from two accomplished musicians. And help warm up their new house and recording studio in the pines!

Jim Pearson is a versatile musician, singer & songwriter who is vastly experienced in numerous styles, including Blues, Rock, Country, and Jazz. He's toured all over the world with legendary live bands and major artists such as Edgar Winter, Isaac Hayes and Mark Isham. An accomplished studio artist with an extensive background in composing and arranging, "Jimi" has spent most of his life producing others and making them sound good, and now we will have the treat of seeing him perform several of his new original songs. Jim is not only an extremely gifted and creative guitar player, he is also well versed on the keyboard, to put it mildly, and his beautiful melodies have been known to bring bring tears to even the most stoic people.

Somewhere between Dave Matthews and Darius Rucker (Hootie to you!) is South Cali singer/songwriter, Jay Buchanan, the namesake and leader of the recently disbanded national recording act, Buchanan. With his powerful, emotional, incredibly passionate & soulful performance, you will find yourself leaning forward in your seat and spellbound. JAY CAN BELT IT OUT LIKE NOBODY'S BUSINESS!!

More than a frontman when it comes to the delivery of the music, Jay also plays a variety of instruments on the band’s 2004 disc, All Understood (produced by veteran Don Gehman----John Mellencamp/REM/Tracy Chapman), and plays them well. He has also created some damn tasty arrangements that will be found ear-appealing to everyone from folkies, to jazzers, to progressive/jam rock fans. Click here to listen to samples from his solo acoustic disc.

His accomplishments include opening for Hootie & The Blowfish, playing a side stage at a John Mayer/Counting Crows concert, and the soundtrack "If you Leave" for the 2007 movie "Waitress" starring Cheryl Hines, Kerri Russell, Jeremy Sisto and Andy Griffith.

Support the Arts in the Bitterroot! Reserve your seats before they are sold out!

Please feel free to forward this invitation to your music-loving friends. 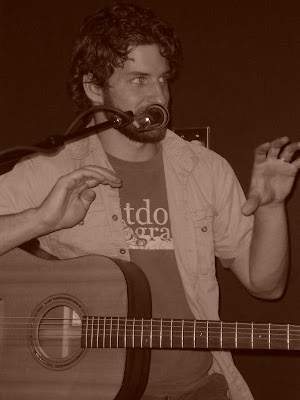 David Boone
As one of Missoula's most prolific and talented musicians, it's David's honesty, his transparency, that makes his work shine. In his latest, Hard Enough to Bend, it is more and more present in his voice as he sings about poverty, love, war and loss. He blends styles in Hard Enough to Bend showcasing his progression while maintaining his acoustic roots. Reminiscent of Ryan Adams on this album, he uses his signature lyrical prowess and adaptability to take a traditional folk-like feel and turn it into something modern and vibrant—distancing himself from the run-of-the-mill coffee shop singer-songwriter. David continues to amaze with his ability to stay open and raw while simultaneously challenging new sounds and styles—song after song, album after album.

To reserve, make check payable to David Boone and mail to: 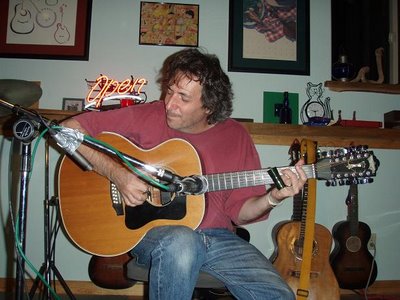 Michael Gulezian put on a dazzling show, despite having driven a thousand miles in the last 24 hours. Click to listen to his set. (70MB streaming audio)

If you saw the show and you agree it was wonderful, please leave a comment!
Posted by Jay at 8:42 AM 1 comment:

Annabelle and Justin rock the house 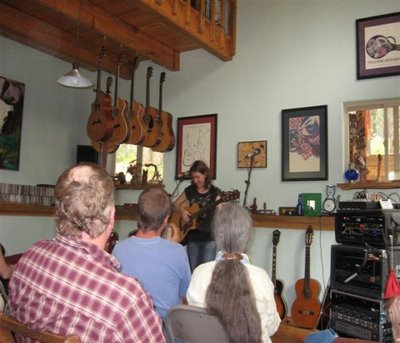 Justin Roth and Annabelle Chvostek braved the nearby forest fires and heavy smoke and ambled up our little dirt road in the forest about 4:30. After brief introductions, a look at the room and a sound check, they had dinner and mingled with people who came to see the show.

With people still arriving at 7:30 and running a half hour late we finally started the show. Annabelle opened and I was instantly reminded of why I produce house concerts out here in the middle of nowhere and cover the minor details like a good sound system, no distractions, and a full house sitting on the edge of their seats in anticipation. 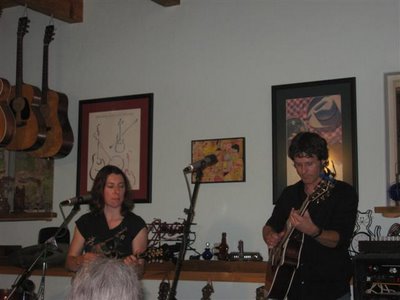 When live music rises above the level of energy required to play it, you just have to be there. But rather than wrack my brain for nice things to say about these two gifted artists, how about you listen and see for yourself. Then please visit their sites and let them know you love their music too. 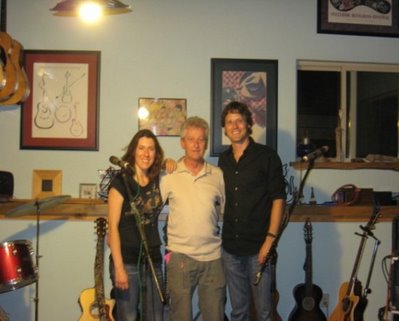 Nice music indeed. Thanks Justin and Annabelle!
Listen to Annabelle's set.
Listen to Justin's set.
(Large file stream not suitable for impatient dialup users.)
Posted by Jay at 9:24 AM 1 comment:

This is was your last-minute concert opportunity of the summer, guaranteed. These two acoustic music maestros will share the bill and bowl you over with their amazing talents, energy and presence.
Justin Roth
Justin Roth is a nationally touring singer/songwriter/acoustic guitarist who combines an artful blend of pop hooks laid on a bed of brilliantly inventive guitar technique for a unique mix of new acoustic folk. He has released four independent CDs, as well as being a core contributor to an instrumental solo guitar album produced for Target Stores entitled "Lifescapes - Solo Guitar," which has sold over 70,000 copies nationwide.

"One of the best singer/songwriter/guitarists I've heard in ages...Justin Roth is a flat out talent. Roth rivals a young Willy Porter...His vocal delivery is smooth. His guitar playing is extraordinary." - The Journal Times, Racine, WI

Annabelle Chvostek
If the name Annabelle Chvostek is familiar, or you've heard of The Wailin' Jennys, it could be from their numerous appearances on A Prairie Home Companion, or perhaps you saw them recently in Hamilton. From 2004 to 2006 Annabelle performed over 250 shows with the Wailin' Jennys, including major folk festivals in Canada, Australia, USA, UK. She's recently left the band to pursue a solo career. Come see how she's doing!

"Annabelle made the hair on the back of my neck stand up." - "stunning free form folk...", "she can do everything, and does." - The Hour, Montreal

Potluck begins at 5 p.m., showtime is at 7 p.m. sharp. Admission is $15 advance, $20 at the door. You can get the advance price by letting me know via email or call 349-2943 to let us know you'll be coming. And please tell your music loving friends about this show! 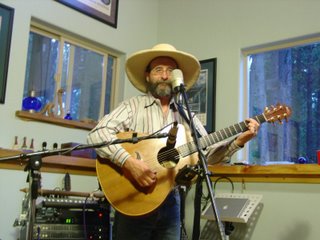 On his return to LLSC, Paul did a great show to a full house. A full evening of songs included cowboy tunes, jazz, blues, old time, big band and ballads.

Please bring a covered dish and your favorite beverage for the potluck prior to the show! (Sorry, no desserts!)

For more information, visit www.jaytoups.com/music/house_concerts.html
Posted by Jay at 9:27 AM No comments: 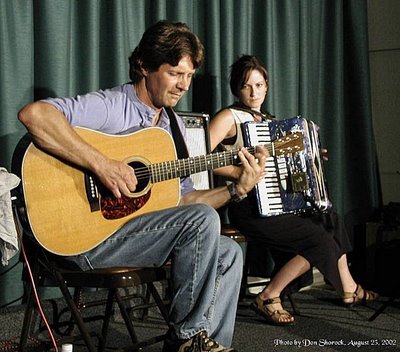 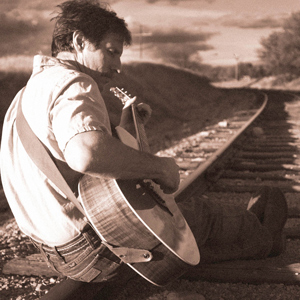 The most amazing guitar player you've never heard of? It just might be Bill Mize. Bill is one of the most accomplished fingerstyle guitarists working today. A former national fingerstyle champion, in fact. Also appearing with Bill will be Beth Bramhall, a very talented accordionist.

Brad Warren is a professional helicopter pilot who lives in Hamilton, Montana. He's also a talented fingerstyle guitarist who has just released his debut CD, About The Journey.