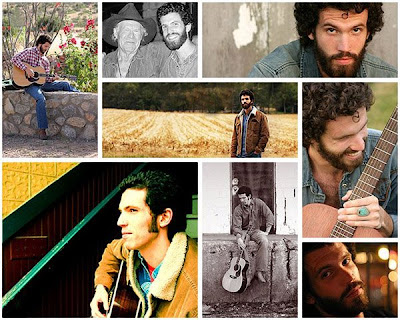 We're adding a last-minute show with Ben Bedford, who contacted me recently trying to fill an "off" night as he and his family make their way east for Ben to play more shows. I listened to some of his stuff and was instantly a fan. Come see this guy and hear the magic for yourself!

A storyteller from the age of 3, Bedford began by dictating stories to his parents before he could hold a pen. He continued to write short stories into his early teens. He picked up the guitar at the age of 14 after watching a friend play on a camping trip. In high school Bedford explored many different genres of music, but his world exploded when he discovered his mom's Gordon Lightfoot collection and then began a foray into the world of folk and Americana that included artists such as Townes Van Zandt, Guy Clark, Richard Shindell, Tom Russell and Patty Griffin. The work of these artists resonated with Bedford and inspired him to try his hand at songwriting.

In 2000, Bedford entered the University of Illinois in Urbana with intentions of becoming a history professor. While he finished his degree, he was sidetracked by his love of music and writing. The history lectures and texts instilled in Bedford a fascination with gritty human truths and the plight of the common man/woman through the ages. Bedford has used that love of the past to imbue his characters with a sense of historical reality, yet maintain a heightened emotional and human quality.

Lincoln's Man was released to radio (U.S./Europe/Canada/Australia) January 29, 2008 on his own label, Hopeful Sky Records and reached number eight on the national Folk-DJ charts in February. The title track peaked at number three the same month. Bedford's second album, Land of the Shadows, was the number one album for January 2009 with three songs charting in the top ten, also making Bedford the number one artist.

Both albums are available for purchase at several locations on the web, including his website.

You've booked a winner. Not only one of the finest younger-generation songwriters in America, but also a fine human being.