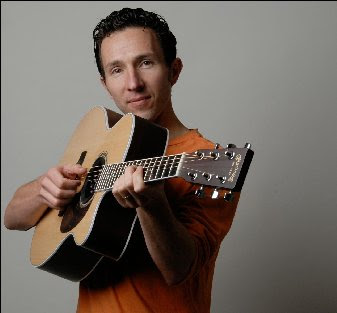 Join us and make welcome Saul Kaye, from San Francisco by way of South Africa. He's quite a talent, as you'll hear and see. He's headed down to the Sundance Film Festival in Park City, Utah after this show, just like last year when he appeared here. There's streaming audio of his performance, so give Saul a listen! Here's set 1, and here's set 2.

"Crooning about in a blues-rock fashion that could get even the most sleepy coffeehouse jumping, Saul Kaye could easily be compared to fellow South African Dave Matthews. Yes his guitar playing is that good. .. his guitar work is steeped in originality. Vocally he accomplishes great harmonies while he sings true-to-form real stories that anyone can relate to."
Suggested Donation: Advance $15, $20 Door